Myself Alessandro Ronchi, a 46 years old kid. I live in northern Italy, in the so-called motor valley, the land of Ferrari, Ducati, and Lamborghini.

I graduated in Computer Science in 1999, but I started poking with my first personal computer in 1988, and it was love at first sight.

Today, I work at Bitbull as an experienced technical leader devoted to software design, development, and team mentoring.

In 2000 I got my first job as an employee. I started working with ASP (Active Server Pages). After ASP, I had the chance to work with PHP, ColdFusion, Java, Flex (ActionScript). Then my journey with Magento begun; it was 2009.

How Magento Came into My Life

Before 2009, I did classical web agency-related work, designing and developing corporate websites and blogs backed by custom-made CMSs in PHP and Flex.

In 2009 my company was asked to develop an e-commerce website. I started looking for open source frameworks and evaluated osCommerce and an emerging platform called Magento. I decided that Magento would have been our choice.

After spending some time on Magento, I realized it was compelling and flexible but also hard to master because it was the most complicated and undocumented framework I had ever seen so far.  That was my worst experience.

So my journey began, and I started studying Magento core. After some time, I got my Developer certification, wrote a book on best practices, and began speaking at conferences and contributing.

I am particularly proud of when my commitment was recognized with the first Magento Master award in 2017.

Here is a picture from Magento Imagine 2017 with all the masters on stage: 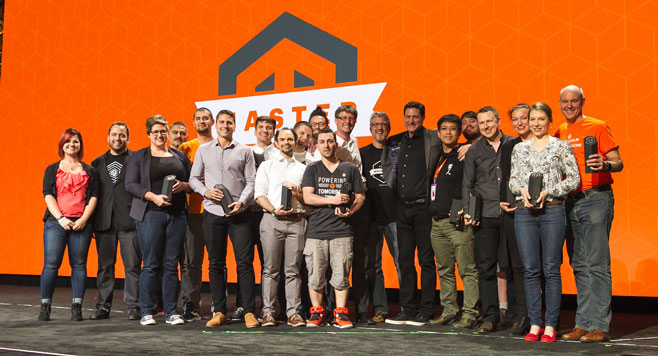 Myself with a Brilliant Team

Since the company I work for is wholly distributed, so we don’t have an office. Because of the pandemic, we didn’t have a chance to meet so I don’t have a picture of the whole team that grew in the last year. However, I would like to share an old picture that’s dear to me, it was taken at Meet Magento Italy 2017 when for the first time almost all the team members met in person.

And here is a picture of my workplace; it’s a bit old, nowadays it’s changed a little bit but it’s full of dear memories: 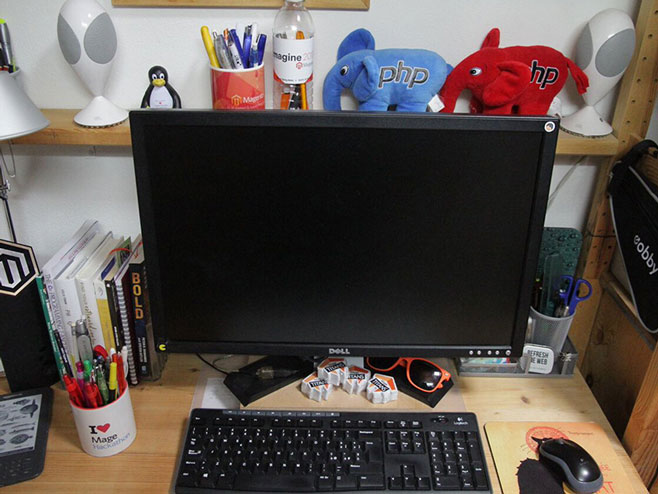 There isn’t a platform that suits every need, so my advice is to start from the customer’s need and not from the platform. Once you’ve realized which is the best fit for the customer, act with competence: never underestimate the amount of knowledge, training, and experience needed to develop successful e-commerce. Nowadays, selling online means knowing and integrating dozens of systems. Magento, itself, is just a piece of the puzzle.

I would start by studying on SwiftOtter’s guides. That’s what my colleagues and I did to get our certifications. Furthermore, I recommend subscribing to screencasts like Mage2 TV by Vinai Kopp and academies like M.academy by Mark Shust and Mage Mastery by Max Pronko. You can find plenty of resources on Mageres, a list I keep updated since 2015.

Of course, if you know me, you also know that one of my mottos is “get by giving”: contributing is the best way to learn. By contributing, I don’t necessarily mean sending pull requests to Magento core. Writing, screencasting, talking at conferences, mentoring are all ways to contribute and get by giving.

To me, it’s not a matter of standing out, but it’s all about getting the awareness that we can’t master a platform like Magento without regular and continuous training. Certifications are necessary because they give way to a training journey.

I recently started a series of articles on Magento fundamentals on my company’s blog to keep growing. You know, there isn’t a better way to learn something than explaining it.

I also started studying how to apply hexagonal architecture principles when developing Magento customizations. It makes it easier to write unit and acceptance tests and develop domain-driven rather than framework-tight code. This is a topic I will likely submit to upcoming conferences.

I think that the architectural direction of Magento is clear: breaking apart the monolith into an orchestrated platform of distributed domain services. I don’t know whether it will remain open source or become a closed-source SAAS platform from a commercial point of view.

As far as the Magento competitors I would like to mention again that, there isn’t a platform that suits everyone’s needs. Other platforms like BigCommerce, Shopify, and Shopware (to mention just a few) have good value propositions, but none overlap entirely with each other. I prefer to speak of coopetitors rather than competitors.

Since I love open source and the flexibility that comes from that, the only other platform I’m poking with these days is Shopware. Again, it’s cool, it has a growing community, it is a company and not a product, so it reminds me of the early days with Magento. But I consider it a different solution for those projects where Magento would not be the best fit.

My Love for the Magento Community

Again, that’s a way to get by giving and to empower a community.

My message for the Magento community: I miss you all. The pandemic didn’t give us the chance to meet in person lately. The last conference I attended was in Valencia, Spain, in 2019, almost two years ago. I haven’t met people from the community since then and meanwhile, a lot of them left the community. But, as I like to say… 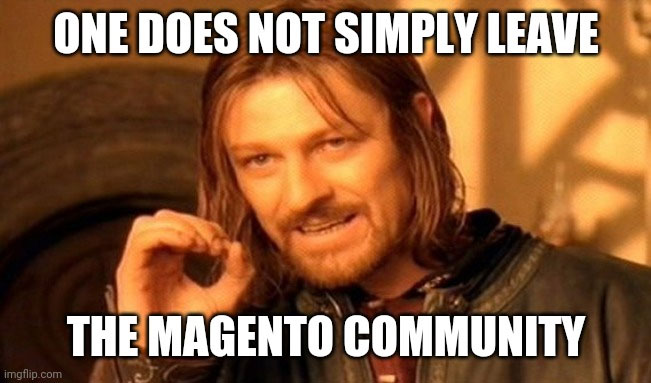 And yes, for me the Magento is: The flexible ecommerce platform that made my life in the last 10+ years

I have so many friends in the Magento community. It’s a very long list, I think I could give you 100 names and still forget someone. I will just mention the first person I met in person the first time I attended an international conference, Mage Titans UK. It was in Manchester, it was raining and I arrived at the venue a little bit earlier so I decided to go for a coffee. There I met Sander Mangel.

Here is a picture from Magento Imagine 2018 to give you an idea of how many friends there are in the community:

How I Keep Myself Updated

I’m subscribed to a lot of RSS feeds, from which I take inspiration and get new resources. I’m passionate about software architecture and Domain-Driven Design so I read a lot of things related to that.

I Have a Life Other Than the Work

I spend time with my family, we like playing board and card games (other than video games), and watching some TV series like Stranger Things.

I recently began to train for running again: I did the 5 Km Big Dam Run in 2018 and since then I have never run again.

Here is a picture of the Big Dam Run I have fond memories of:

I spend my holidays with relatives, even if the pandemic makes it impossible sometimes. Pre-pandemic I took the chance to travel with my family.

We did a list of “things to do after the pandemic” and some of the favorite destinations so far are:

I Reward Myself by

By spending time with my family, traveling to other countries, donating to a cause and listening to music during my training, it gives me energy.

And reading: I read a lot, not only books, but everything.

The causes I donate so far are: